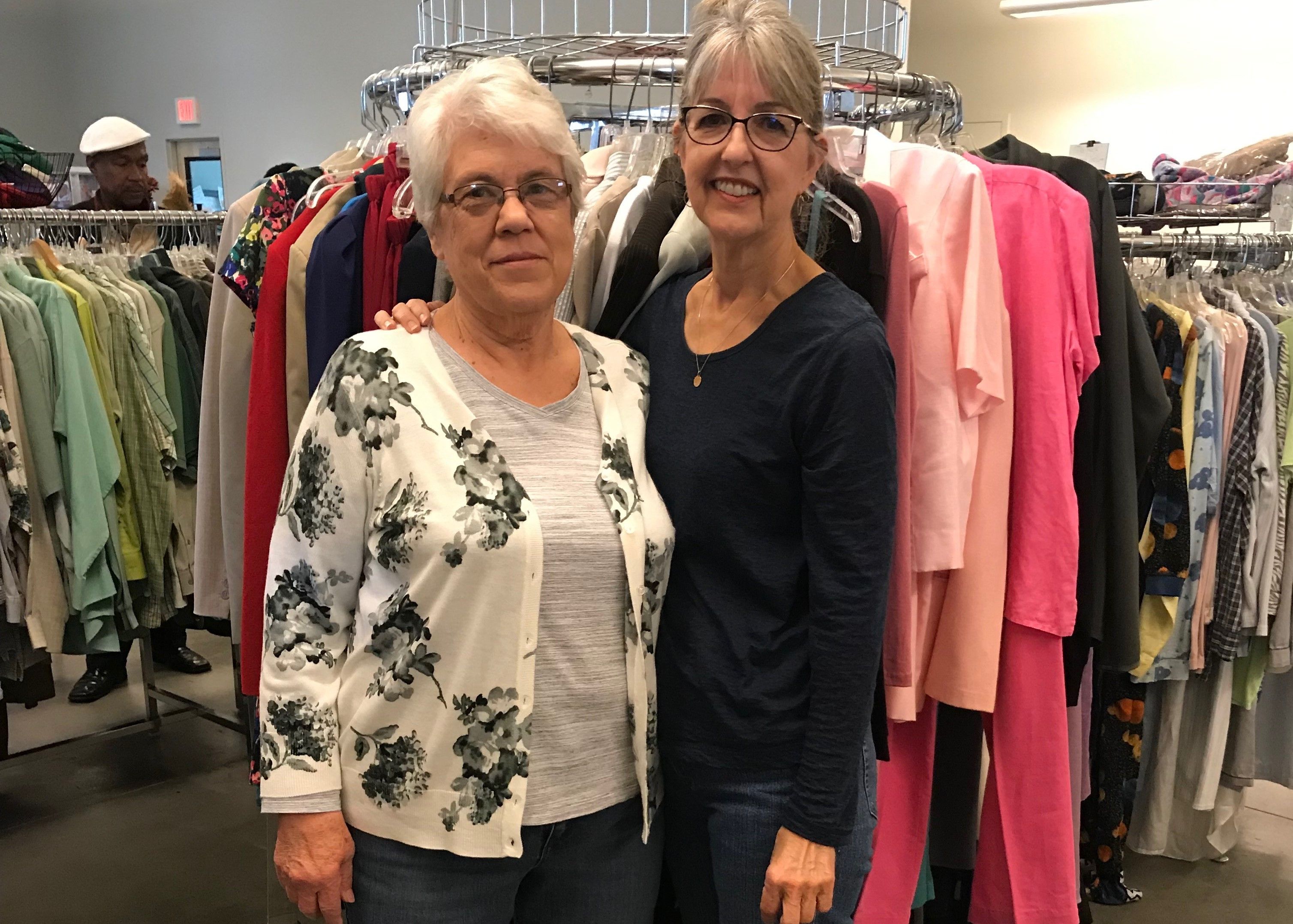 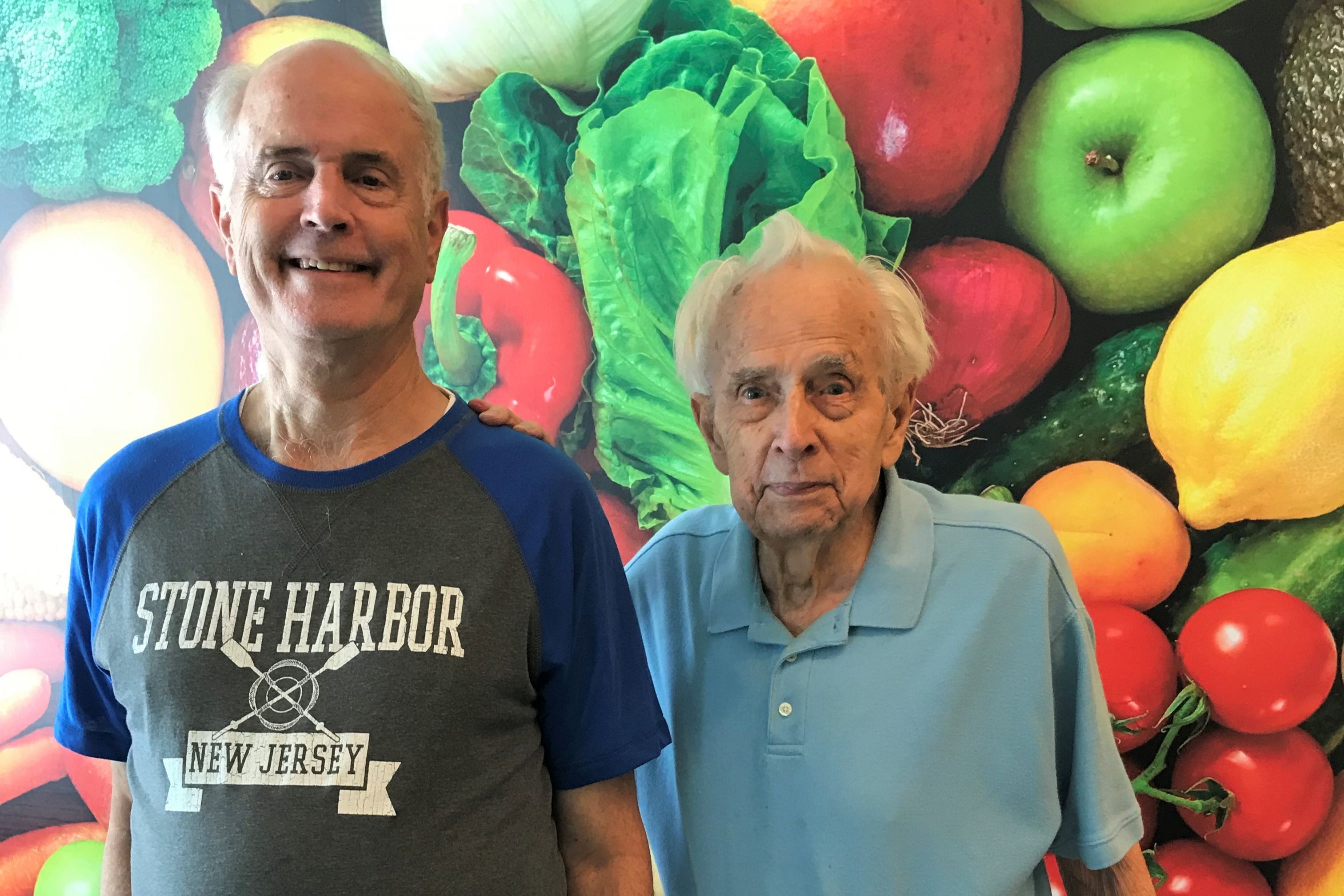 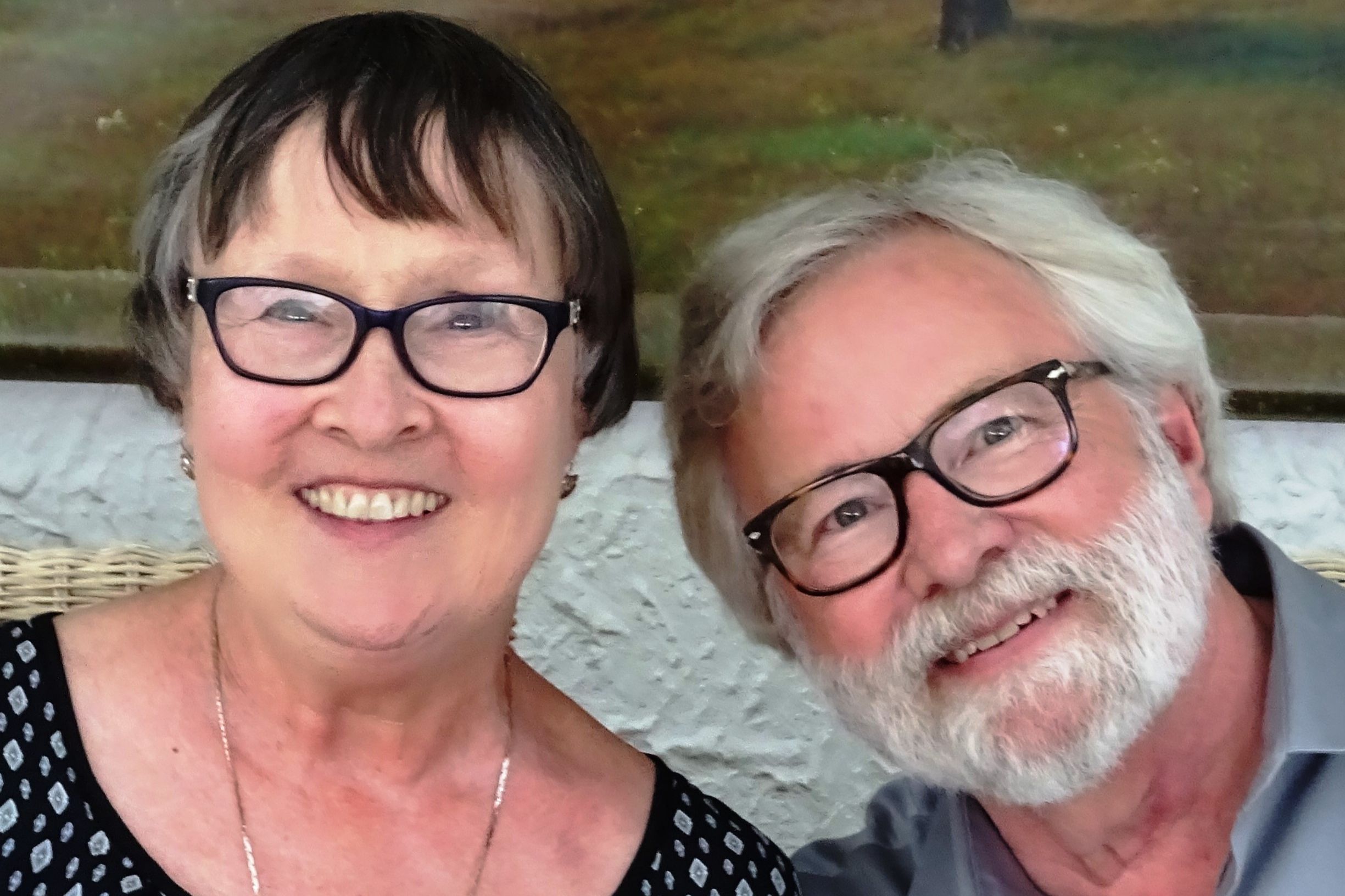 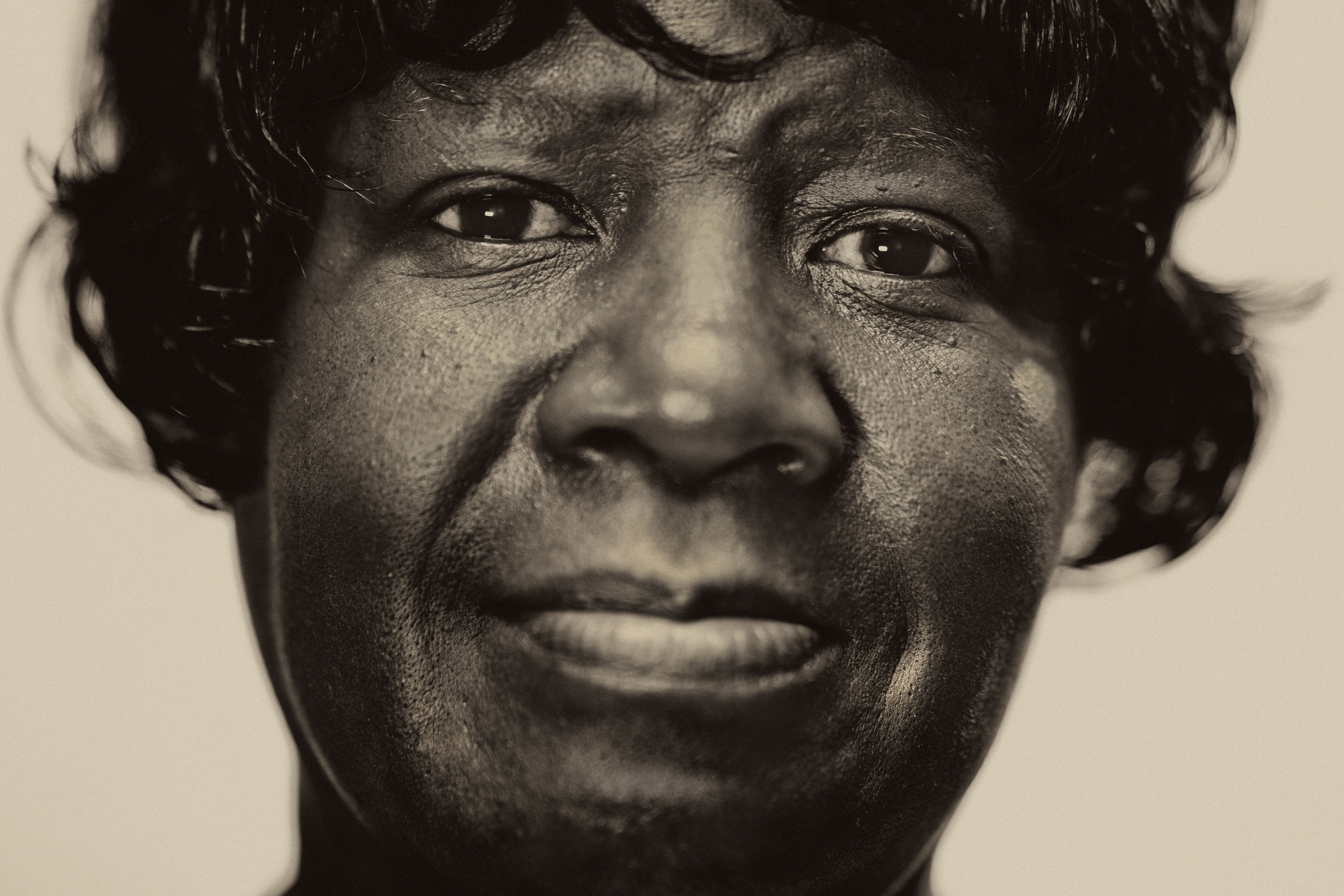 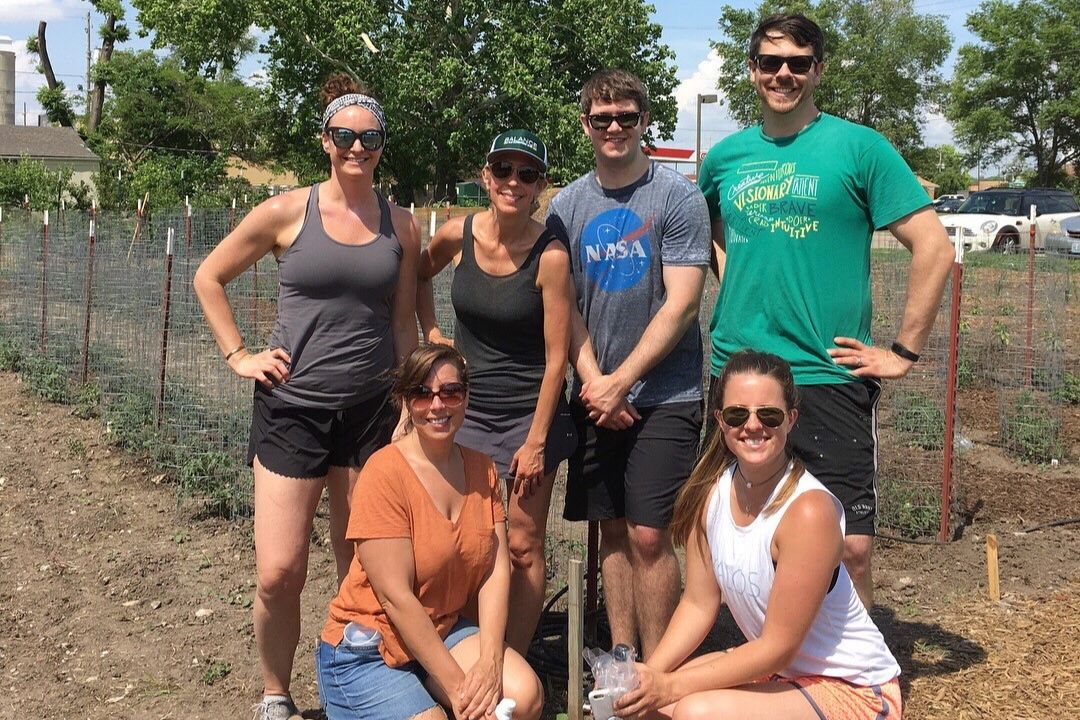 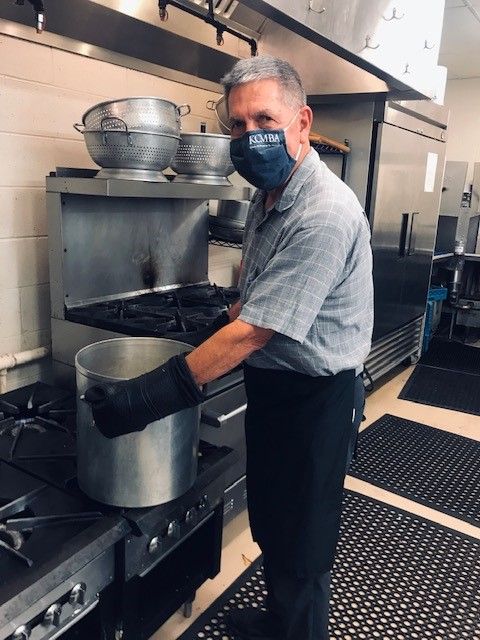 Jim Ensz remembers sitting in the pews at his home church, Village Presbyterian, as Don Bakely, the dynamic local preacher and first Executive Director at Cross-Lines Community Outreach, spoke to a captivated congregation.

“Don Bakely was a force,” said Jim. “He was one of those people that made you feel that you were a privileged person and you had an obligation to help those who are less fortunate.”

It was Don’s regular visits to Village that inspired Jim and other members of the church to get involved at Cross-Lines in the 1980s and 90s. To this day, Village continues to support Cross-Lines in a variety of ways, from supporting Cross-Lines financially to providing a monthly volunteer group that donates and serves hot lunch from the Cross-Lines Community Kitchen.

“My wife, Vicki, was one of the first ones involved in Village’s participation in the kitchen on a regular basis,” said Jim. “She and I both have been involved with Cross-Lines for years.”

Jim is the senior partner of Ensz & Jester, a litigation firm serving the Kansas City area, and it was his knowledge of law that made him the perfect addition to a major fundraising project for Cross-Lines. From 2013 to 2016, Jim served on the committee for a Capital Campaign to raise funds for a new building on campus and to establish an endowment for Cross-Lines. They met their campaign goal and secured the necessary resources to build the building that now houses the Food Pantry, Senior Commodities program, and Thrift Store.

During that time, Jim also became a member of the Cross-Lines Board of Directors, continuing to use his attorney background to assist Cross-Lines when legal issues were at the forefront. He served on the board for five years.

“This year, I decided to step down because I was in the process of retiring,” explained Jim. “I didn’t know what I would be doing, but I said I would plan to volunteer more.”

Even after the pandemic hit, Jim stayed true to that promise and has become a regular volunteer at Cross-Lines. He can often be found in the Community Kitchen or the Food Distribution Building, helping with whatever needs to be done that day.

“It has been very interesting in terms of getting to see the variety of people that come in and utilize the services,” said Jim. “I have helped deliver food and supplies to people’s cars and in my interactions with them they really are so grateful for what they are getting. That is encouraging and it makes one feel good about Cross-Lines.”

Like many nonprofits, Cross-Lines has seen a huge rise in need over the past months and has had to rely on one-of-a-kind volunteers like Jim to be flexible, see where help is needed, and calmly assist those that need it.

“There have been times I have felt that if I hadn’t been there to help, there would be a struggle the next day, said Jim. “It seems like somehow and in some way it always gets done.”

Jim has three children and six grandchildren – all of whom live in the Kansas City area and Jim gets to see on a semi-regular basis. He acknowledges that it’s harder to safely enjoy time with everyone, but that he does not feel like he is that much at risk by choosing to volunteer at Cross-Lines.

“Doing what I do, you are not in that close of contact with anyone in particular and you are in areas with high ceilings and good air supply,” said Jim. “Everyone wears masks and maintains distance.”

By the end of the year, Jim hopes to be in full retirement mode, doing more of what he loves – traveling, golfing, and spending time with family.

This form needs Javascript to display, which your browser doesn't support. Sign up here instead
Close